Share a memory
Obituary & Services
Tribute Wall
Donations
Read more about the life story of James and share your memories in the Tribute Book.

James Francis Johnson, 67, of Lawrence, passed away Friday, November 18, 2022 at his home in Lawrence.

He was born September 29, 1955 in Lapeer, Michigan, the son of Francis Johnson and Marlene (Jahn) Johnson.

Jim began his youth in Ovid, Michigan, where he attended grade school and before the family moved to Brighton. Jim excelled in sports while in high school and earned nine letters along the way before graduating from Brighton High School. It was during summer break while in high school that Jim found what would become his lifelong career. He worked at Burroughs Farms Golf Course and fell in love with working on the course and being outdoors. He made the decision to continue his education at Michigan State University where he earned  his Bachelors of Science in TurfGrass Management. While in college, Jim continued with sports and played on the football team. He enjoyed his career at Lake Cora Hills Golf Course in Paw Paw, where he had worked as superintendent since 1987.

Jim's grandchildren were at the center of his life. He enjoyed hunting, fishing, and of course, golf. He was an avid supporter of Michigan State University.

James was preceded in death by his father, Francis Johnson.

There will be a memorial service for Jim held at Lake Cora Hills Golf Course in the Spring. Please check back to our website for updated information.

Memorial contributions in memory of Jim may be directed to the charity of your choice.

To send flowers to the family or plant a tree in memory of James Francis Johnson, please visit our floral store. 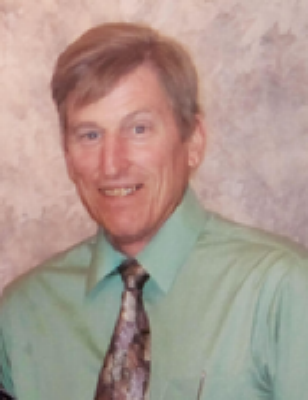 You can still show your support by sending flowers directly to the family, or by planting a memorial tree in the memory of James Francis Johnson
© 2022 Adams Funeral Home. All Rights Reserved. Funeral Home website by CFS & TA | Terms of Use | Privacy Policy | Accessibility