Share a memory
Obituary & Services
Tribute Wall
Donations
Read more about the life story of Larry and share your memory.

The Hartford community has lost one of their most well-known, well liked, and highly respected citizens.  Larry Anchor, 89, passed away Saturday, January 14, 2023 at home.

Over the years, he was recognized many times for his dedication and service to others.   He enjoyed every day he worked for the Hartford Fire Department and considered his 30 years there the most rewarding of his occupations.  Though the pay was minimal, he said there were great rewards in knowing that he was able to help people during difficult times in their lives.

His heart for his community was recognized when he was selected as Hartford’s Citizen of the year, receiving the Hitchcock Award, along with keys to the city.   Four times he was chosen as Hartford’s Fireman of the Year.

Larry was born on Dec. 14, 1933 in Detroit, Michigan, to Stephen and Helen Karabes and attended school there.  In 1944, after his mother’s death at age 37, he and his sister, Shirley, were adopted by Harry and Margaret Anchor.  His 6 younger siblings were adopted individually while his 3 older siblings were of age to be on their own.  He moved with his family to Watervliet when he was 14. He worked for a bulb farm in Benton Heights and started working at the Watervliet Paper Mill in 1951 until 1953.

He served 2 years as a cook in the United States Army, 18 months of that time in Germany.  He returned to the Watervliet Paper Mill in 1955, working there 37 years until the plant closed.  For most of those years, a 7-day work week was considered “normal.”  Over the years, Larry held different positions as his work ethic and integrity were acknowledged with advancements.  His goal, in every position he held, was to put out the best product possible, believing nothing but the best should ever go out the door.  His last position was as Assistant Superintendent of Coating Mill.

Larry worked 9 years for Hartford Schools before retiring at 65.  He soon realized he couldn’t just sit around and do nothing.  He worked 12 years for Chemical Bank (courier).  He also worked at Lane Automotive (security).  In his spare time, he was the proprietor of Hartford’s Loan Closet, and was recognized in 2019 by the City of Hartford for his twenty-five years of dedication in promptly providing medical devices at no cost to individuals with specific needs. The memory of these people, their kind gestures, and their words of gratitude were never far from Larry’s thoughts.

Larry’s easy smile, great sense of humor, and willingness to help others will be greatly missed by those who knew and loved him.   His life and his heart were aptly summed up in the words written on one of the numerous plaques awarded him in his lifetime which stated, “Your dedication is an example of your love for both your fellow man and the community as a whole.”

Memorials may be made to the Hartford Methodist Church, the Hartford Fire Department or Caring Circle Hospice.

To send flowers to the family or plant a tree in memory of Larry William Anchor, please visit our floral store. 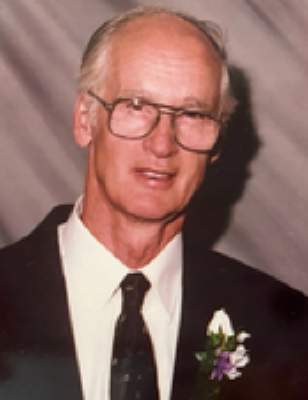