Share a memory
Obituary & Services
Tribute Wall
Donations
Read more about the life story of Wayne and share your memory.

Wayne Albert Martin, 76, of Lawton MI passed away Saturday, January 21, 2023 at his son's home surrounded by family.  Wayne was a hardworking man who always put his family first.  He loved spending time with his family and friends, especially at Scott Lake or their home in Naples FL.  Wayne was known to his grandchildren and great grandchildren as Bubba.

He was born March 29, 1946 in Gary IN, son to the late Walter Martin and Crystal (Wilson) Martin.

It was love at first sight, for Wayne, when he met Mary Hargie at Scott Lake in the summer of 1962. He told his high school football teammates that he was going to marry that girl ten minutes after meeting her.  They told him she was out of his league, but he knew in his heart that it would be so.  They were married on January 22nd, 1966 in Kalamazoo MI.

Wayne loved serving the Lord as a deacon at Paw Paw First Presbyterian Church and volunteering at Eleanor's Pantry.  He enjoyed hunting, fishing, trap shooting and belonged to the Paw Paw Conservation Club.  He was a past member of the Antwerp Township board, Wayne was very talented working with his hands - basket weaving as a member of Woven Together in Kalamazoo, woodworking, welding, helping his son build a house, and fixing anything.  Wayne retired from James River Epic Plant as a Millwright.

Family and Friends will visit Monday, January 30th 2023 from 10:00 am - 11:00 am at Paw Paw First Presbyterian Church, 120 Pine Street, Paw Paw where a celebration of life will commence at 11:00 am.  A luncheon will follow in the fellowship hall.  There will be a private family burial.

To send flowers to the family or plant a tree in memory of Wayne Albert Martin, please visit our floral store. 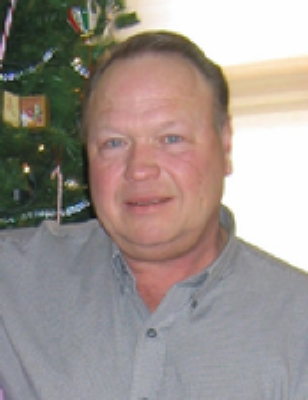